Office 365 service lets you access all office apps such as Word, Outlook, PowerPoint, Excel, and OneDrive. The latest versions of Office 365 with the latest updates offer the best performance with security patches, new features, and bug fixes.
Start Reading

Office 365 service lets you access all office apps such as Word, Outlook, PowerPoint, Excel, and OneDrive. The latest versions of Office 365 with the latest updates offer the best performance with security patches, new features, and bug fixes. These updates are frequent and very important to your business to ensure that all your office apps are running seamlessly.

It might be hard for you to always keep track of all these regular updates from Office 365. That’s why initial.IT, a leader in IT for organizations in Denver and the Front Range, does this for you.

The following is a compilation of the latest Office 365 and Microsoft 365 updates.

This was released on October 28, 2021, to fix some bugs that usually made apps such as Word, Outlook and PowerPoint stop responding when using them to draw an image. It also fixed an issue on Skype for Business where some laptop’s hybrid camera failed to show on the SfB client.

Released on October 25, 2021, the build focuses on data loss prevention (DLP) policy tips in Excel, Word and PowerPoint. It also brings globalization support and accuracy improvements. In Teams, Office has added a live transcript for Teams’ web users and they redesigned the recording start or stop messages to improve recording discoverability and availability. The Teams’ room video now by default fits to frame, which ensures a full room’s view on the Teams Desktop app.

Teams has now started supporting Guest Access, but only on Sovereign Clouds and web users can now share their system audio while screen sharing. Those who use Teams meeting recordings will now be able to define the number of days to preserve the recordings, after which they will be automatically deleted. Before this, users would be notified and allowed to override any upcoming expiration date.

This build was released on October 6, 2021, to fix a specific bug in Outlook where some users could experience hanging when trying to retrieve Auto-discover settings.

The version, released on September 28, 2021, introduces many Teams features, including the availability of a Bookings app in the government cloud. It also came with the Q and A app on Teams to add moderated and unmoderated Q and A sessions. The update also came with extensible camera effects to improve the experiences of end-users on Teams.

The build fixed an issue in Access where, in certain configurations, documents exported to XPS or PDF from Word format would fail. Since this update, these regressions are now fixed and the exports to these formats are now enabled.

Although in rare circumstances, Excel would sometimes stop responding while the end user was calculating a workbook. This update has resolved the issue and fixed the unexpected closure during saving of some documents using protected coauthoring if the tenant Id datum of the local file cache was formatted incorrectly. It also updated, creating a quick note hotkey for Win + Alt + N. The build fixed the issue that would cause the Room Finder to fail in Outlook and that gave the end user the ability to download secured voice mail files.

The build was released on September 7, 2021, to fix several bugs such as Excel where some columns would fail to appear when importing from or linking to Dynamics table and in Word where the print view failed to load when using print. It also fixed bugs in Outlook where special characters would be included in error messages and one that made deleted meeting invitations to resurface for some end users. In Word, they enable Office apps and now support Open-Document format.

This build was released on August 25, 2021, and came with many new features for Teams, such as the ability for participants to transfer ongoing calls between a mobile and a desktop. It also fixed a very wide variety of bugs in Excel, Outlook, Word and some for the entire suite. In Teams, the build introduced capabilities for a meeting’s organizer to perform participant assignment and breakout room configuration before the meeting starts.

Microsoft Teams meetings streaming to custom real time Messaging Protocol (RTMP) were added by this update and now businesses and organizations can expand their reach as attendees have more meeting options. The build also allowed Dual-tone multi-frequency (DMTF) for Citrix customers. Previously, if a Citrix VDI used the dial-in number to call into the meeting, the call would be connected, but it would not admit the user to the meeting. Now, the same user can enter the conference ID and join the meeting as DMTF recognizes the ID and admits the user.

In Excel, the update fixed the issue where some tabs such as File in several languages would get cut off and those that caused the PivotTables’ date fields to be grouped incorrectly. The Analysis ToolPak add-in that did not work with several Automation Security settings was also fixed. In Outlook before this build, the app would sometimes stop shortly after the boot or when using it to compose an email. The update fixed the two issues and also the one increasing network activity with multiple accounts profiles.

This build was released on August 3, 2021, to fix two issues in Outlook. One bug would cause an email that was forwarded by a different user to seem sent by the original composer in a business or organization, allowing Send from Alias Enabled. The other bug would cause users to have duplicate time entries if the start and the end of a certain meeting are on different dates.

We provide our clients with the latest information and advice on bug fixes, security updates, and new features on Microsoft 365/ Office 365. Contact Initial.IT to ensure your business or organization stays updated and secured with the latest software.

We Are Here To Answer All Your Questions 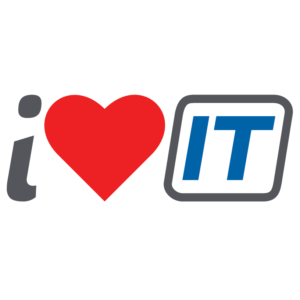 If you have technology needs, then Initial I.T. can help. Contact us and a consultant will call you ASAP.